The One:12 Collective Wonder Woman Classic Edition is prepared for battle, wearing reinforced torso armor and trunks with star pattern detailing. The Amazon warrior wears a cape that features an integrated posing wire that attaches via a clasp at the neck. Wonder Woman comes armed with weaponry which includes the Sword of Athena and Lasso of Truth which can be attached to her belt, a spear, a battle axe, and a shield. 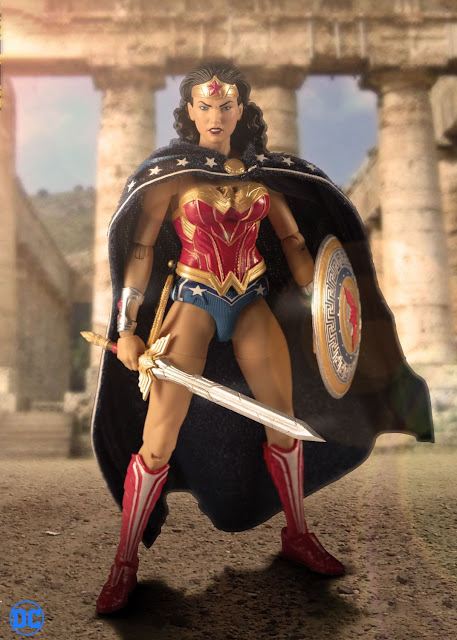 Diana Prince, better known as Wonder Woman, is a member of a tribe of women called the Amazons, native to Paradise Island. Wonder Woman has come to represent the possibility and potential of life without war, hate, or violence. She stands amongst the most powerful superheroes to protect the world from injustice in all forms. 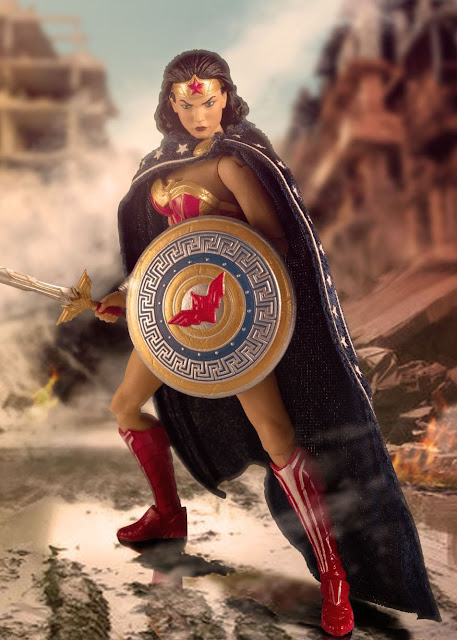 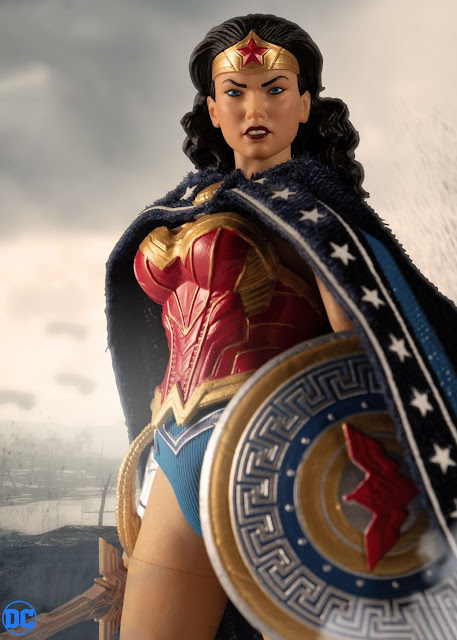 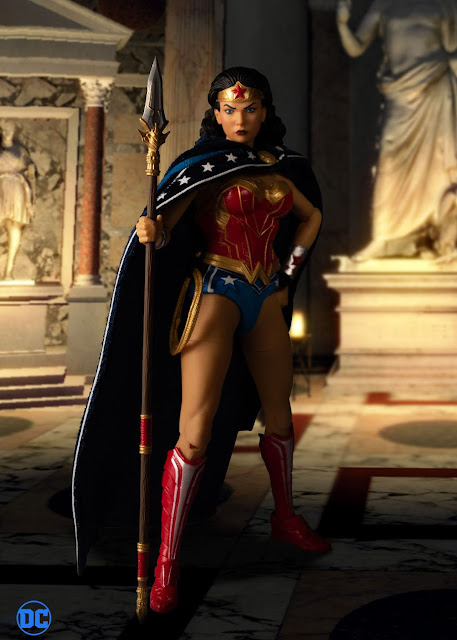 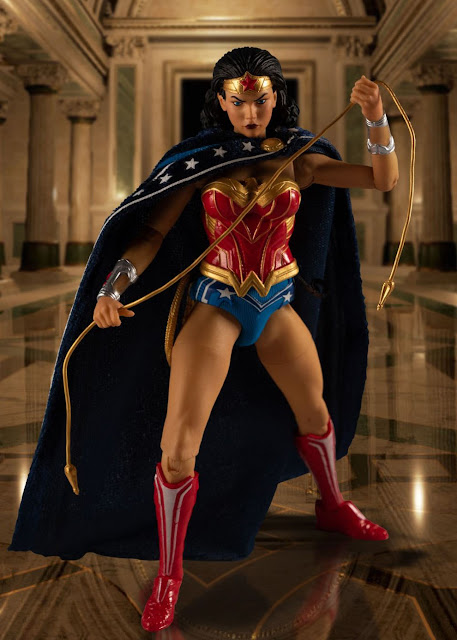 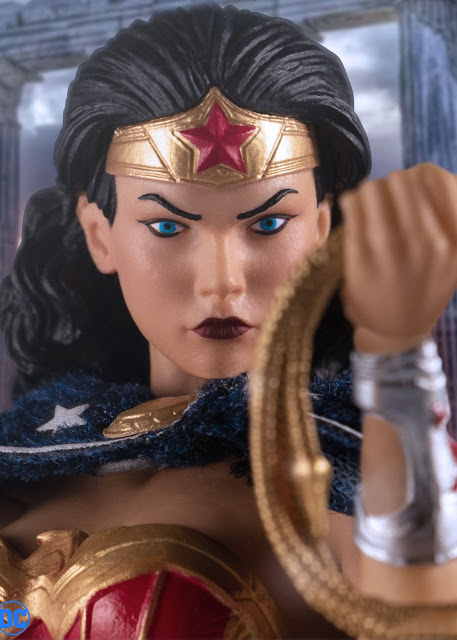 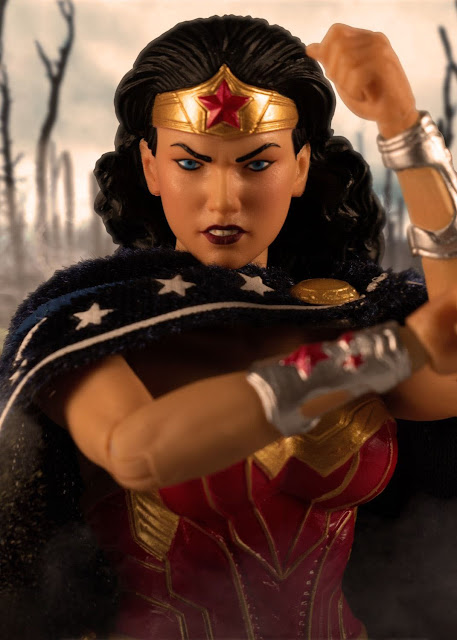 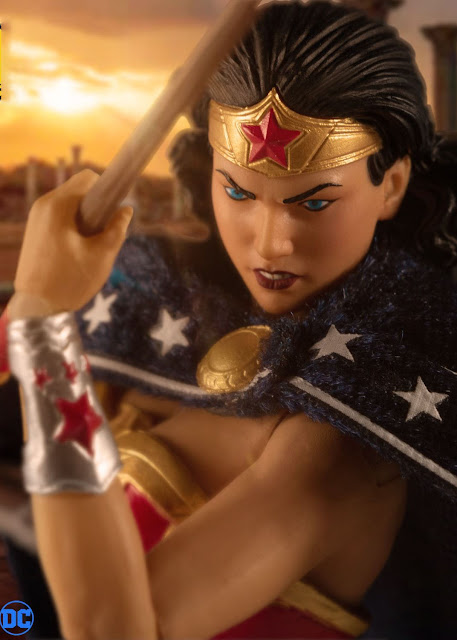 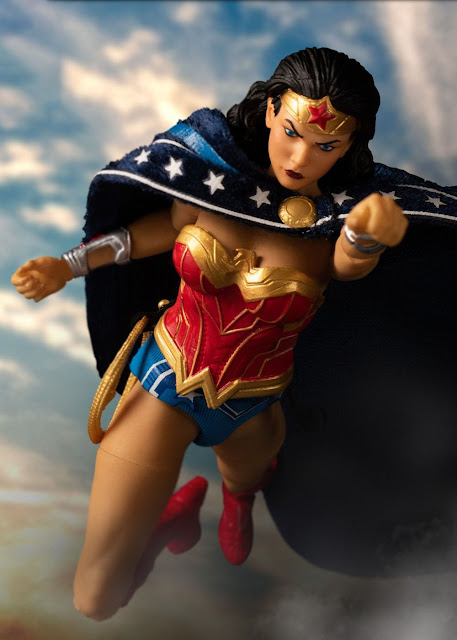 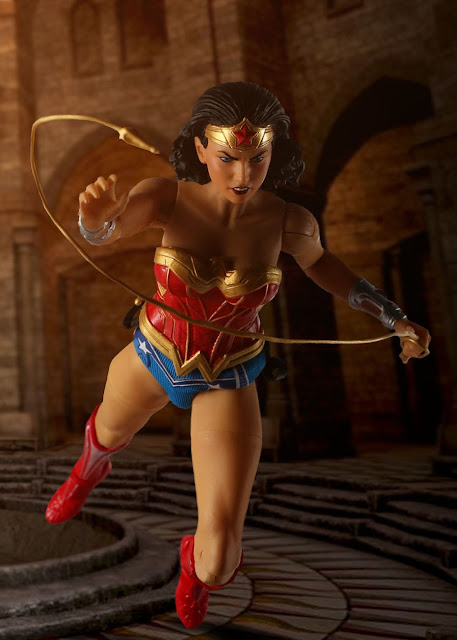 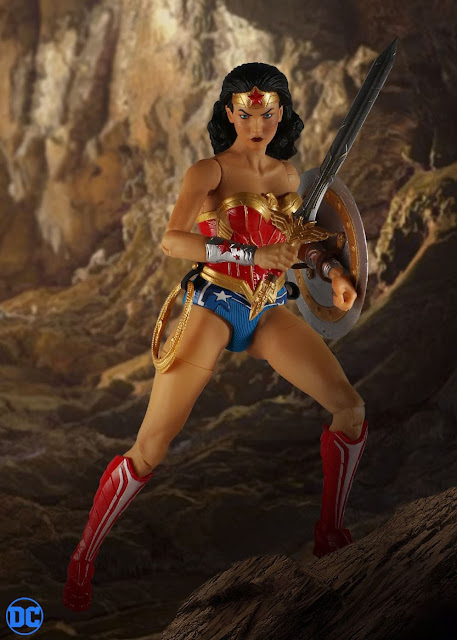 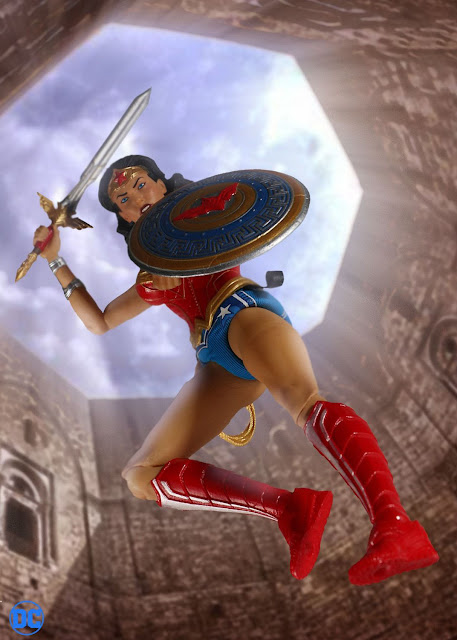 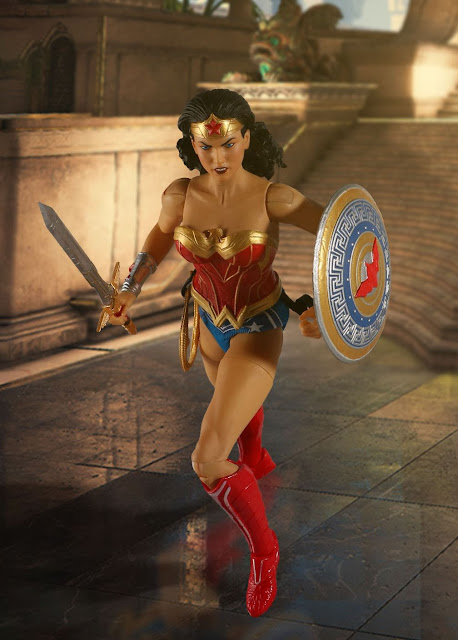 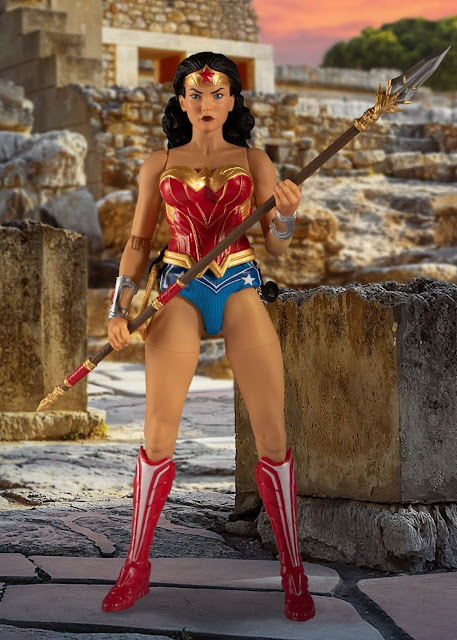 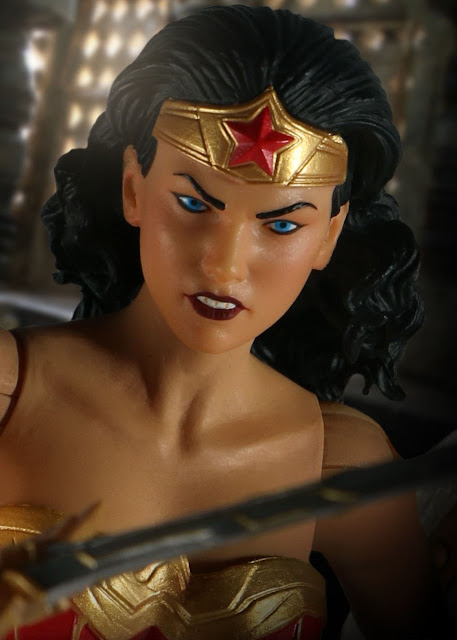 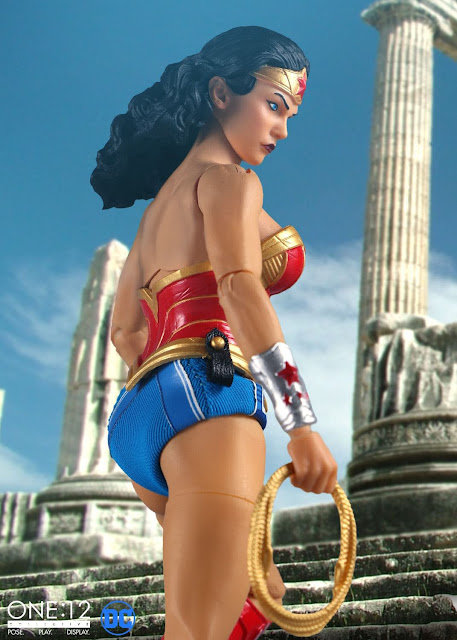 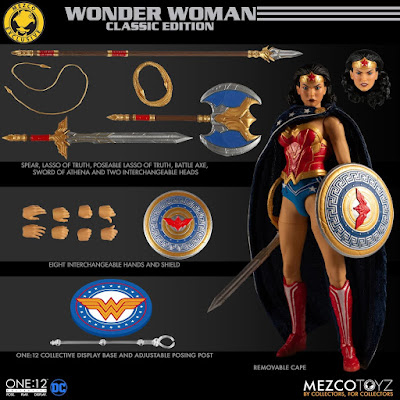